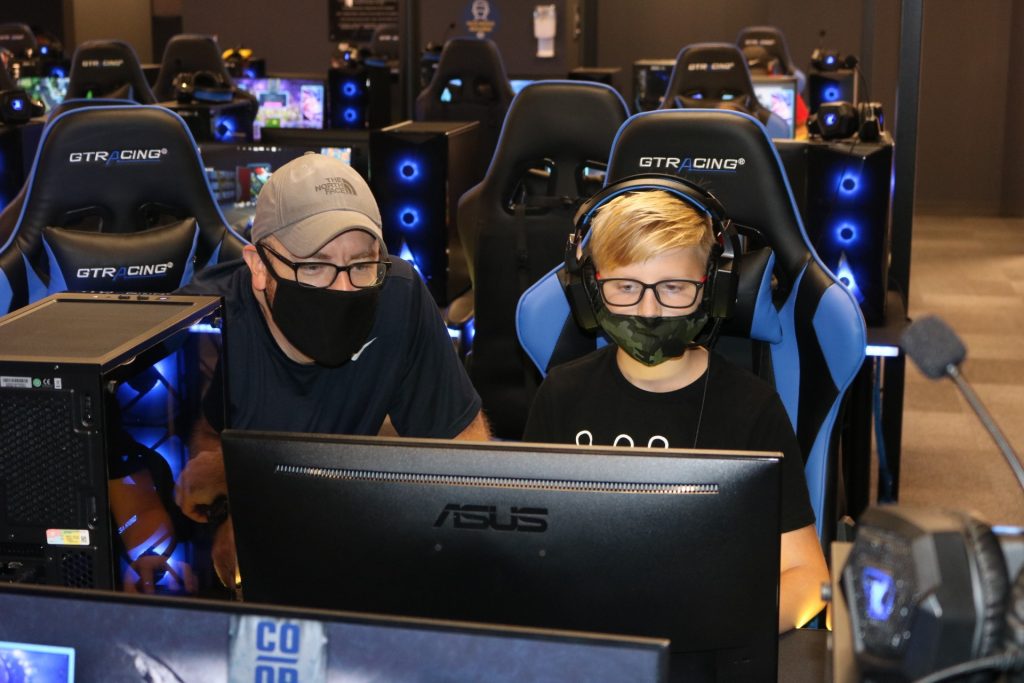 To many, the term “esports” seems like an oxymoron. How can you play a sport while at your computer? While matches won’t have gamers running up and down a field or shooting three-pointers, there’s still quite a bit of skill and practice exhibited during a game.

Before we wade into the depths of how esports offer a similar experience to traditional sports, I think it’s important to first address the elephant in the room: yes, we are advocating for kids to spend a couple hours a week in front of a screen. However, we don’t think gaming is a replacement for physical activity. It’s a fantastic supplement to the everyday cognitive and social stimulation developing kids need.

It’s true that people who participate in esports will not burn as many calories as those who play traditional sports like basketball or tennis. It’s clearly not the same type of physical activity we’re used to seeing from other sports. Are there still physical benefits to gaming? Absolutely, and I’ll go into that in just a bit. For now, let’s remember the other reasons people play and watch sports: they’re fun!

Sports have this way of getting people from all walks of life to connect and rally around a common goal. We don’t know how March Madness, the Super Bowl or the World Series will end—part of the fun is watching to see what’s going to happen. Whose skills will come out on top? How are athletes and coaches going to course-correct? What’s their strategy going to be? These are all exciting parts of any game that translate well in the esports world. Similar to traditional sports, they also offer an escape. They serve as a reminder that life exists outside of a particularly stressful situation or class. Plus, like any great sport, it encourages people to practice and improve.

In addition to other benefits like improving vision and spatial reasoning, esports also develop players’ manual dexterity. Special video games have even been used in physical therapy treatments to help stroke victims regain control of their hands and wrists.1

At our core, we’re an organization “for all,” not for some. We have always wanted to engage the youth in our community and meet them where they are. This includes esports, a hobby that will only continue to grow in popularity. According to 2019 estimates from Insider Intelligence, total viewership is expected to grow 9% annually through 2023, by which time they expect the audience to nearly double, putting it well over 600 million.2

Esports require us to think critically about what we see and know. For instance, take the question “Who is an athlete?” We typically think of soccer stars, tennis pros or Olympic gymnasts when we envision athletes. But how do they become elites in their field? They practice and train to perform a skill that requires physical strength, agility and stamina. The degree to which each of those are needed varies by the sport, but they’re all present. The same is true in esports. They must also build strength, agility and stamina—it just looks a little different. And while I don’t know that gamers will be referred to as athletes in my lifetime, I do still respect and admire them for their expertise and sharpened skills. Just as I respect and admire athletes like Mia Hamm, Serena Williams and Simone Biles for theirs.

As with most things we love, however, moderation is key. I still think it’s important to strike a balance between gaming, sports, homework, family time and more. If your household thinks that balance can be managed effectively, we believe the benefits of esports, especially in this safe, controlled environment, far exceed the drawbacks. This is because we have seen them firsthand through the positive and uplifting stories from our local YMCA Esports League.

Chris Berry, the district executive director in Edmond, set the foundation for a partnership with the University of Central Oklahoma (UCO) to introduce the league as a space where kids get to participate in games at The CO-OP, a 5,703-square-foot space with 48 high-end PC gaming stations, VR booths, Nintendo Switch consoles and a growing library of popular games. Through this program, OKC metro area kids get to experience that sense of belonging that is critical in adolescence and often found in traditional sports. One player with autism left our sports program at a young age because games like basketball or soccer weren’t compatible with their neurodevelopmental needs at the time. That same child joined the esports league a few years later and loved getting the chance to be a part of the Y’s esports community.

Through their participation in esports, youth can excel at what they love, develop social, strategic and problem-solving skills, work toward common goals, and gain leadership experience in a real-life environment. Can they do this on their own without joining our league? Yes, of course. However, the benefit of doing this through the Y is our commitment to creating a safe, online environment that is inclusive and accessible.

Parents don’t need to worry about cyber bullying or an inappropriate chatroom. ­Young girls who want to join won’t experience the all-too-common feeling of being shut out by this male-dominated hobby. They will be exposed to the same STEM learning their male counterparts have access to, only without the social barriers many girls report.3

Like the title says, esports are here to stay. The YMCA of the USA knows this and has made an effort to connect and engage youth across the country through a pilot program set to begin the first week of April. Oklahoma City participants will be divided based on age (middle school or high school) and can choose between Rocket League, NBA 2K21, or Super Smash Brothers. During the 8-week program, both groups will have weekly hour-long practices and games. To register, visit our programs page.